Santa Claus and around 80 of his four-legged little helpers took part in a charity walk along Cleethorpes beach to raise money for sick children.

Dozens of dogs and their owners braved the freezing weather conditions this afternoon to take part in the annual Santa Paws Charity Beach Walk.

It is the fifth time the event has been held with participants raising around £1,000 each year for the children's charity When You Wish Upon A Star. 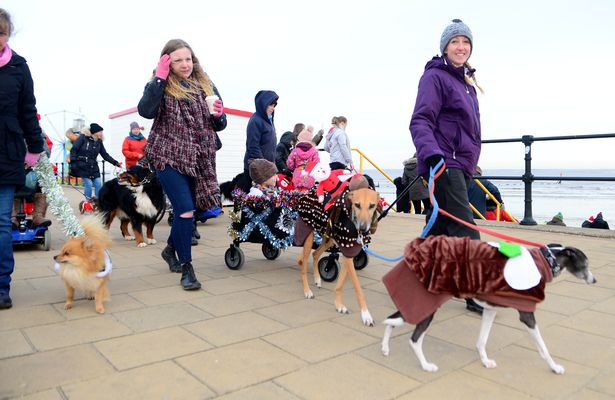 Organiser Tonja Yates, 47, said she was delighted with the number of people who got involved, despite the bitterly cold weather.

"It's absolutely great, I'm really pleased with how many turned out," she said.

"When You Wish Upon A Star is a charity which is very close to my heart. Who better to give money to than a charity that helps children?"

Tonja added: "We just thought one year when it was coming up to Christmas time, 'why don't we do something for charity?

"We've raise approximately £1,000 a year so by the time we've collected all of this year's money we're hoping to have raised around £5,000 altogether."

The event was made public on Facebook this year, with around 80 dogs of a variety of breeds taking part. 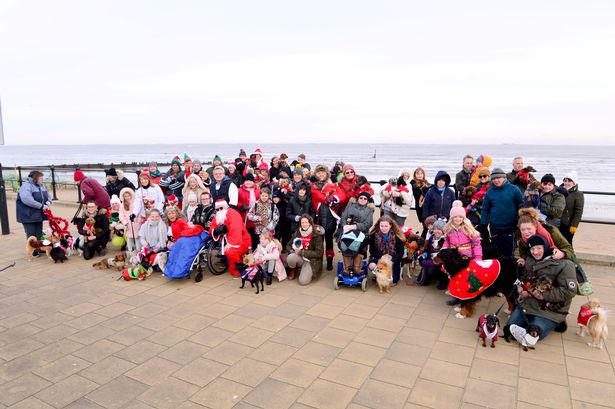 Those who took part all met on the Promenade the owners tucked into fish and chips from The Plaice, of Trinity Road, Cleethorpes, for their efforts.

Tonja, who owns the Cleethorpes-based dog home boarding specialist The Long and Short Of It, dressed up as Mrs Claus for the occasion while many of the pooches donned their little festive outfits to keep warm.

When You Wish Upon A Star creates magical memories for children with life limiting illnesses.