Meet the incredible four-year-old who has to undergo major surgery every six weeks until doctors can ease his breathing problems. And only then can they even start to fix his poorly heart. 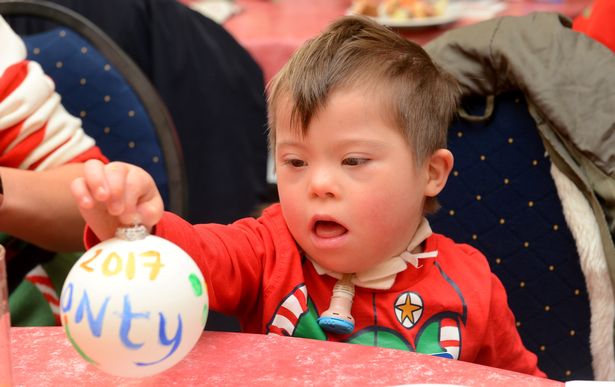 Full-of-life Monty Holbrook-Morris, from Grimsby, has Down’s syndrome, a congenital heart condition, a chromosome abnormality called Klinefelter syndrome and a tracheostomy, which means he can only communicate through sign language.

The combination of illnesses sadly means that Monty - who met Santa yesterday on a magical trip with children's charity When You Wish Upon A Star - has a reduced life expectancy. The brave little boy has undergone major surgery every six weeks of his young life for the last three years to help with his respiratory problems.

Those surgeries – under general anaesthetic – will continue until doctors can ease those problems.

At just three months old he underwent open heart surgery and later had the emergency tracheostomy due to an abnormality with his windpipe caused by his illnesses.

His brave mum, Joanna, explained how Monty will need to undergo a high risk operation to fix a heart valve, but that can’t be done until doctors treat his ongoing respiratory problems. With all of this going on, at the tender age of just four, Monty wakes up every day “with a smile on his face” according to Joanna.

She said: “Monty needs supervision 24/7 and to be monitored all the time. It is life reducing but you can’t live like that and with that mindset. “We treat every day as normal because you can’t focus on things like that. “He is always full of life.” 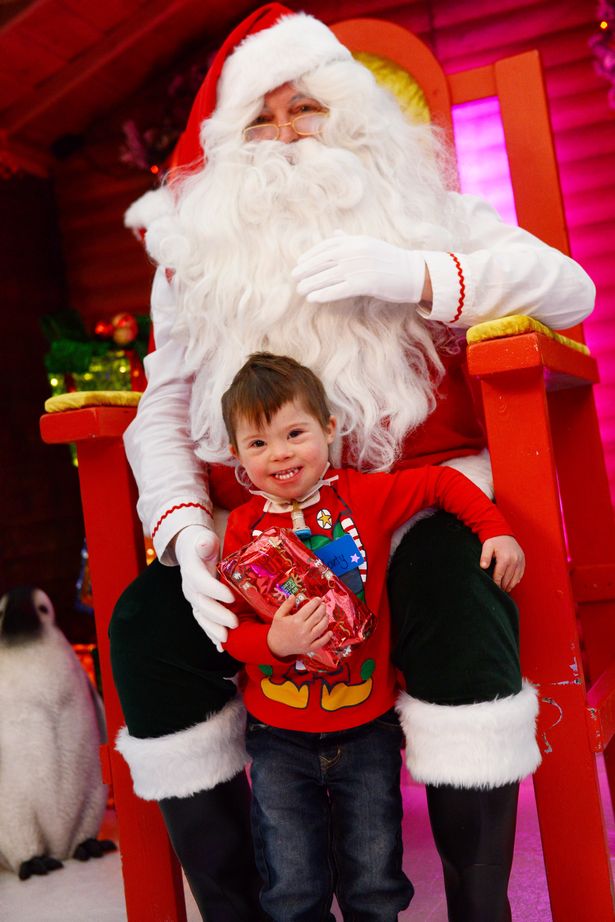 Joanna and Monty’s stepdad Neil Campbell are hopeful that he will develop the ability to talk in the coming years, but what’s certain is that Monty will grow up with infertility and faces yet more operations. But despite all of this Neil says that the bundle of joy just takes “each day as it comes” and lives life to the full. He said: “It has had a huge impact on the family and to see the joy on his face helps us to put everything else behind us.“We take each day as it comes. He knows no different.”

Monty was one of more than 100 children with life-limiting and terminal illnesses treated to a memorable day trip to Santa’s Retreat and a luxury train journey on a magnificent Northern Belle carriage yesterday thanks to charity When You Wish Upon A Star. 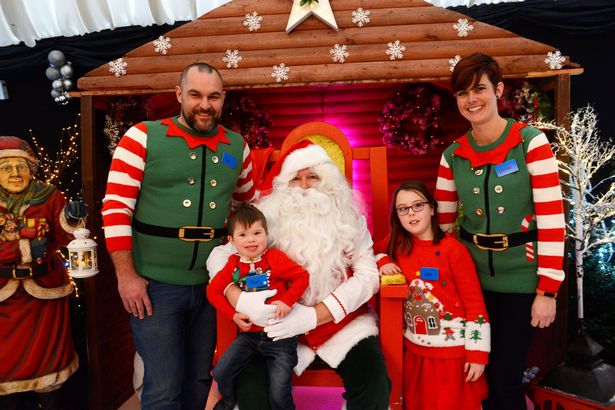 Joanna, Neil and Monty’s sister Olivia, 8, joined him on the trip.

The brave family of four described how the memorable trip was a chance for them to relax and enjoy a magical Christmas experience together. Joanna, said: “It is huge for us to be able to kick back and relax. “This is a brilliant experience that came out of the blue. The hospice put us forward for it.“To see the joy on his face is what it is all about. He loves Christmas and to see him so confident is brilliant.

“To all be together today is a once in a lifetime opportunity for us.”