Mason is living with Duchennes Muscular Dystrophy and autism, his precious wish was to swim with dolphins. The two week holiday was jam packed with exciting new experiences and quality time spent together as a family. While out in Florida the family discovered Mason’s love for fast rides, his favourites were the Simpsons and Shrek rides at Universal Studios. They also went to see the Lion King show and Mason was invited to join in with the singing and dancing on the stage which he loved. He also spent lots of time splashing about in the pool with his sister Ellie and she took part in a mermaid academy and learnt to swim like one.

On Mason’s 7th birthday the family went to Discovery Cove and his wish came true when he swam with dolphins, they were called Dot and Dixy.  The whole family had a magical time. Zoe, Mason’s mum said: “It was amazing, thank you for a lifetime of memories. A week later it’s only just beginning to sink in, it was absolutely brilliant.”

Below are some special photos of Mason's Wish and a letter from the family explaining just how much the Wish meant to them! 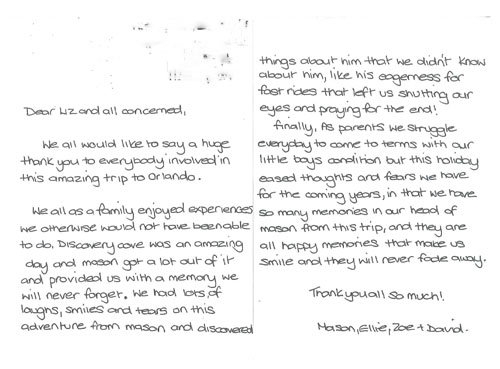 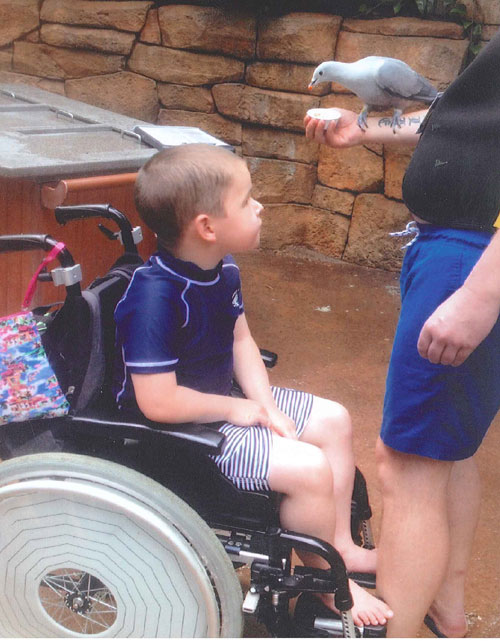 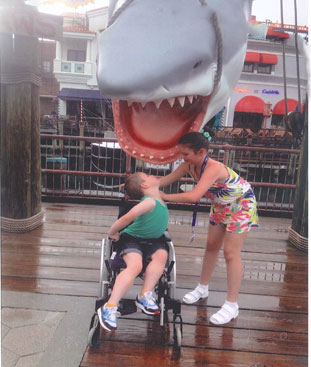 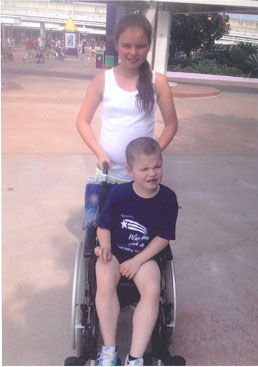 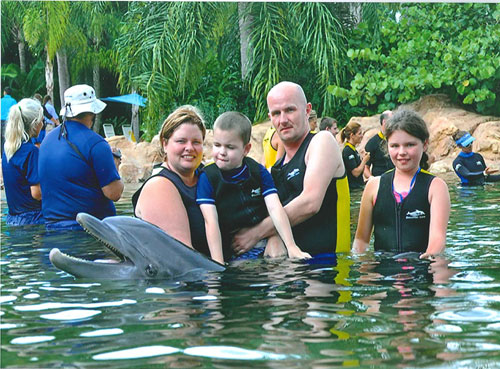 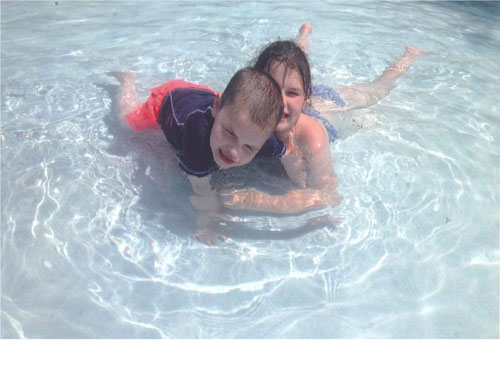