100 Children enjoy a trip to Lapland

Snowballs flew and the sound of Christmas songs was ringing through the Magical Forest as around 100 special children enjoyed their special trip to Lapland.

Netherfield youngster Jake Norman, six, was among the excited children taken on a specially-chartered flight to the top of Finland.

The trip is organised every year by the charity When You Wish Upon A Star, for children who are living with life-limiting illnesses.

Brave Jake was diagnosed with neuroblastoma – a rare form of cancer – at the tender age of seven months old in 2012. He's now in remission and has been for five years.

“I can’t say how brilliant this has been for us, it has really exceeded our expectations and blew us out of the water totally.

“There isn’t enough words to thank the charity for what they’ve done for us today. It’s been much a memorable day for our family, and nothing can ever top this now.

“They have given us lasting memories that just mean everything to us.” 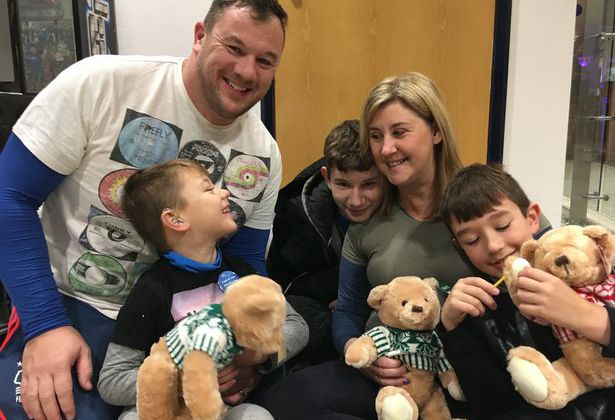 After more food and drinks the family headed off to post their letters to Santa, and shopped for those last minute Christmas bits.

Festive holiday songs were sung on the plane - with the classics of Rudolph the Red Nose Reindeer and Jingle Bells ringing down the cabin. Children also took up the opportunity to become flight assistants and told a number of jokes over the tannoy.

The charity, based in Valley Road, offers to transport young children away from hospitals and appointments, and instead a chance to spend quality time with their loved ones.

This is the 26th time the charity has gone on the trip to Lapland after launching in 1990.

Founder of the charity Barbara White said “every trip was different”.

She said: “We launched back in 1990 and have come to Lapland every December since. It’s always a different vibe every time we come – as it’s with new children and new families.

“This year it’s extra special as it’s Finland’s 100th anniversary for independence, and we are exchanging vows with the City of Nottingham and Rovaniemi Mayor, creating a permanent friendship.”

If you want to help make a child’s wish come true, or donate to Wish Upon A Star, click here.