It is that time of year again and a deserted airport fills with anticipation and excitement as some very special, courageous children and their families arrived for their When You Wish Upon a Star Santa Express flight to Lapland. 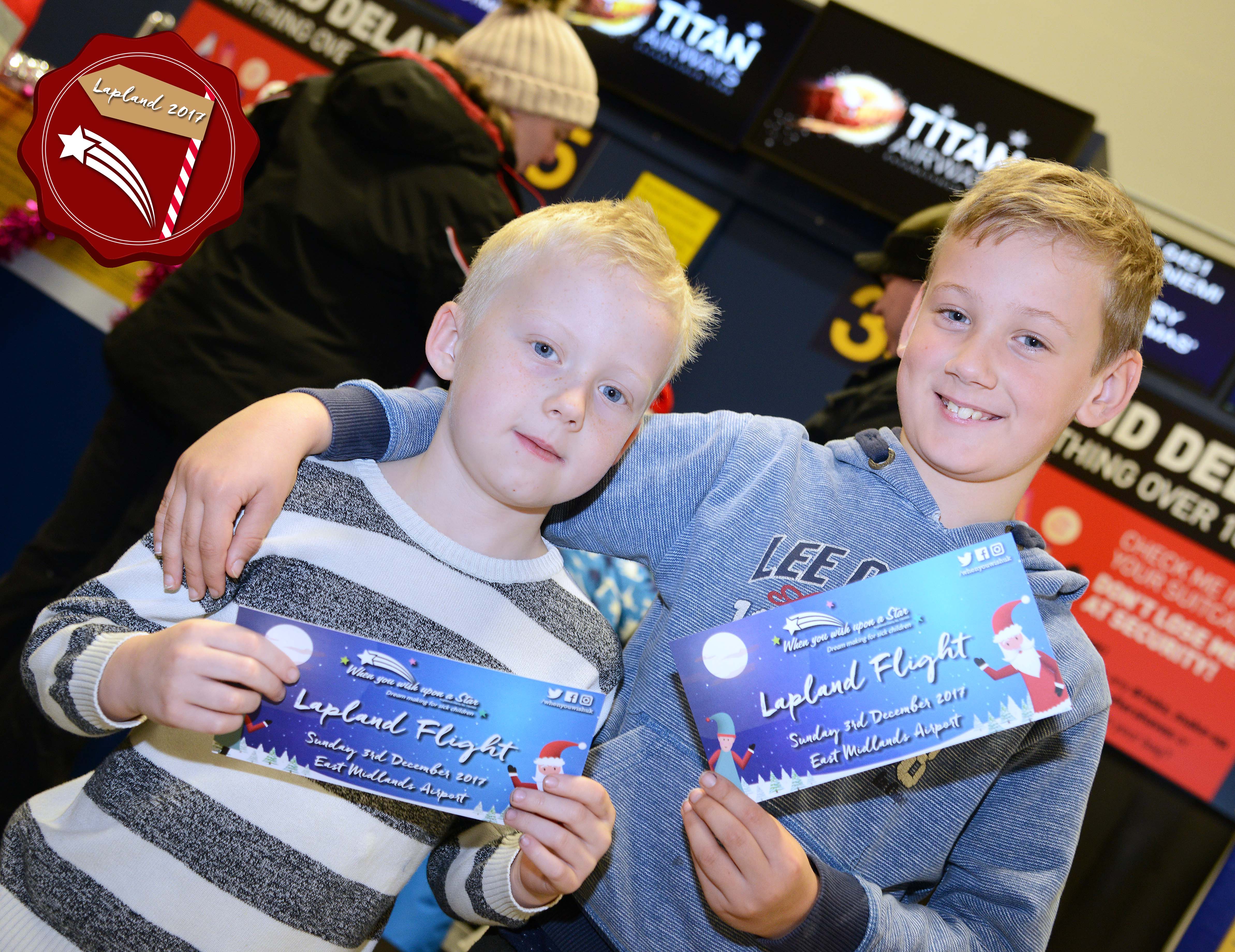 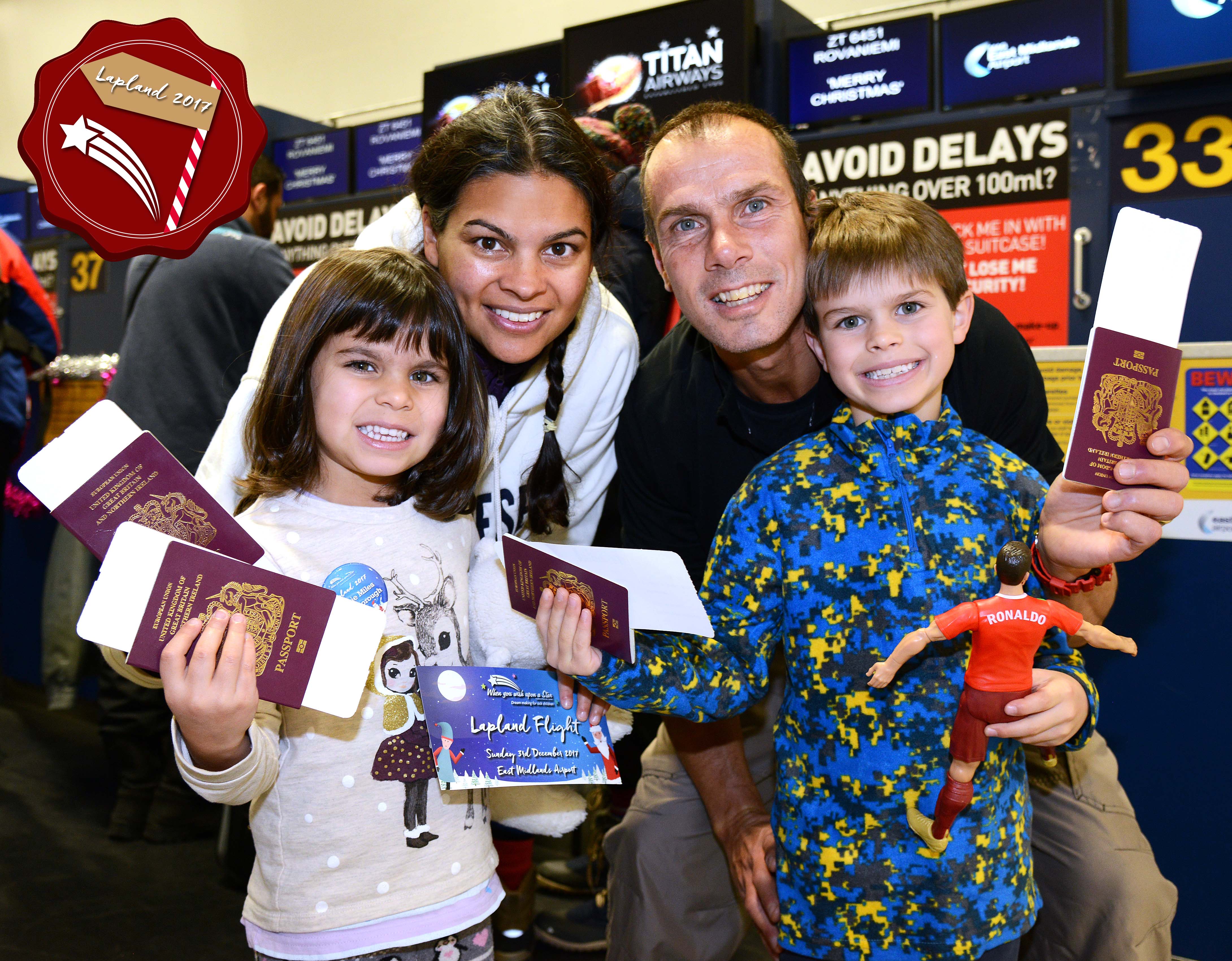 The children were soon greeted by a bundle of entertainment and games to keep them busy until their flight, creating precious, unforgettable memories instantly… the fun was only just beginning.

As the Santa Express touches down in Lapland the plane is buzzing, Time has flew by and we were soon approaching our destination, uncovering a backdrop of clear blue skies and fresh white clouds. As a magical land appeared immersed in pine trees, with a gentle sunrise on the horizon and a blanket of white snow shimmered in the sunlight; they had finally arrived in Lapland. With just a short coach journey the children and their families were soon in the candlelit ‘Enchanted Forest’ and there was plenty to start exploring in this magical wonderland. Once in the forest, the air was filled with the sound of giggles and laughter as the children happily played.  They went on sleighs that were pulled at speed by excited huskies, reindeer rides, skidoos and toboggans.  They ate sausages baked over open fires, melting marshmallows and drank delicious hot chocolate.  There were tandem skis to play with, slippery slides to cascade down and, of course, snowballs to throw! 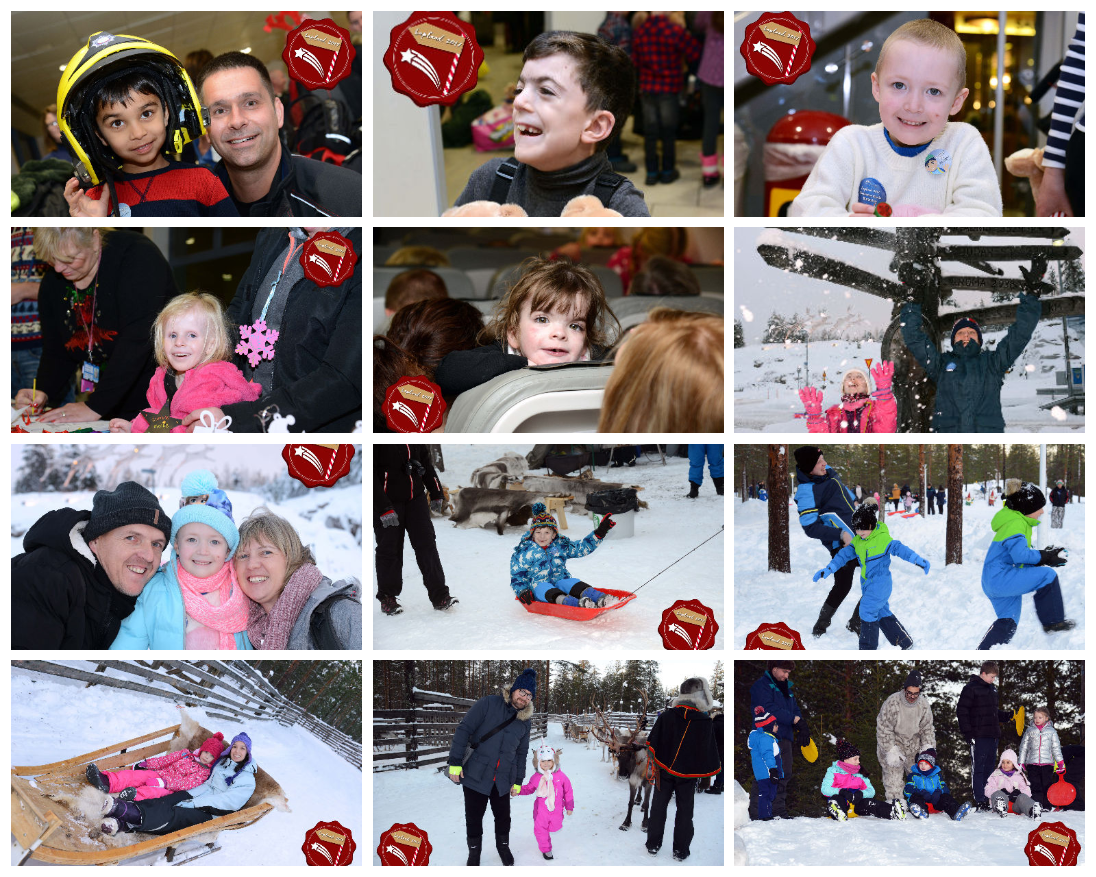 Hot chocolate was poured and marshmallows toasted, time to warm up and recharge before heading back out into the snow. Lapland was flooded with hundreds of sparkling smiles, as spectacular fireworks merged with the stars and the moonlight.

Lapland is the place to see Santa and his reindeer, in anticipation for this very important meeting, the excitement among the children builds. Soon everyone is greeted by Santa’s little helpers who entertained and directed the children and their families into the warmth for a delicious dinner.

After experiencing the magical enchanted forest we travelled to a hotel in the centre of Rovaniemi where we ate a delicious meal and sang songs whilst we waited for Santa and Rudolph to arrive.  Santa met each child and gave each one a gift, before returning to his house in Santa’s Village where we would later be reunited with him. At Santa’s Village, postcards were sent home from the Post Office and souvenirs were bought from the delightful gift shops.  There was a huge slide upon which the children played and delicate music echoed throughout the village as we crossed under the illuminated line representing the Arctic Circle. There were many tired and sleepy people on board the aircraft on the way home – some young, some not so young, but all of whom had enjoyed the most wonderful day creating special memories. The most magical part of the day is watching all the children sitting on Santa’s knee, excitedly whispering their Christmas list, as parents proudly watched with a huge smile, and always an escaping tear, as their child receives their very special gift from Santa..

Magical memories have been created which will be treasured for a life time.